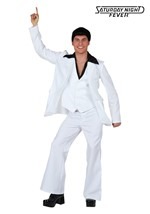 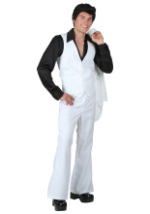 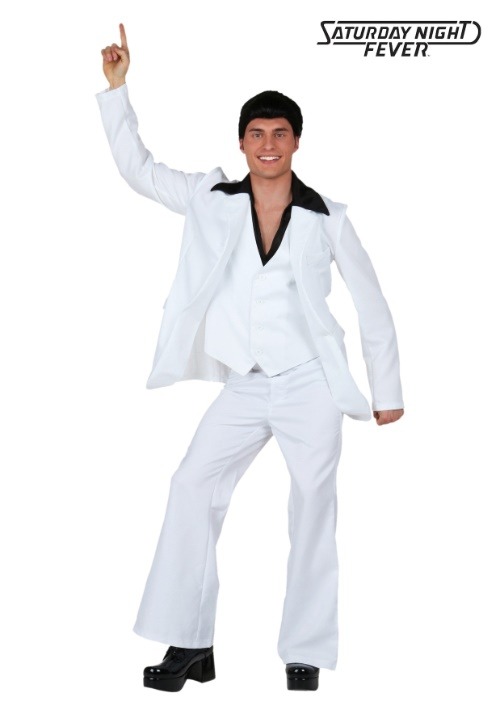 When people think of Saturday Night Fever, they think of the dancing. Naturally. The outfits, the moves--disco is what this film is all about! A lot of other stuff happened in the film (including some less than savory bits) but really, the dancing is what made this movie--and its star--a hit. So maybe it can do the same for you!

We hear you’ve been feeling a bit fed up with your daily life; hey, it happens to best of us. It certainly happened to Tony Manero. He was getting so sick of his dead-end job and his inability live up to his priestly brother that by the time the weekend rolled around he had tons of pent-up energy to let out. So if you job routine or run of luck is bringing you down, take a page out of Tony’s book: let disco help you out! In this Adult Deluxe Saturday Night Fever Costume you can gain a bit of fresh energy and perspective, proving once again that (like we always say) disco can change the world.

This licensed look will definitely make you the king of disco, so be sure you pick up some moves before you head out--people will expect them. It features the white gabardine three piece suit--jacket, pants, and vest--straight out of the 70s classic film. The pants have flared legs (because...duh...disco!) and the black pullover shirt has wide wing collar and button cuffs. You’ll need your own fabulous footwear and dance moves (as we mentioned), but other than that, you will be ready to own the dance floor on Saturday night (or any night, really). It may not be that full promotion you were waiting on, but it certainly is a step up in terms of style!